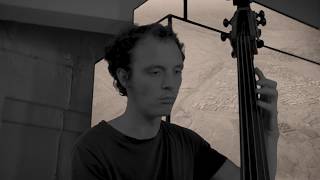 It's the final countdown! This Saturday (29/9), De Beren Gieren's brand new trio album 'Dug Out Skyscrapers' will be available in stores. The album releases on Sdban Ultra, a fresh young record label situated in Ghent. To celebrate this good news, the band revealed - in collaboration with Focus Knack (a well-known Belgian cultural magazine) - this cool video clip of track 'Weight of an Image'. Above that, they play two exciting release concerts this week. First up is their al

See you at EJC Ljubljana this weekend!

The Aubergine team will be attending the European Jazz Conference this weekend. We are very excited to meet new jazz professionals and say hi to some old friends. We will be there during the whole event, don't hesitate to contact us to set up a meeting or add us on the Whova App. We at Aubergine already have a lot to talk about! This fall, no less than 4 releases are planned: De Beren Gieren 'Dug Out Skyscrapers' (Sdban Ultra, Sept. 29), BRZZVLL 'Waiho' (Sdban Ultra, Oct. 7),

Tonight (12/9), De Beren Gieren's release tour officially takes off with a sold-out concert at the B-EST Festival in Flagey! In premiere they present the repertory of their new album 'Dug Out Skyscrapers'. Next, they have a big release tour planned, crossing Belgium, The Netherlands & UK: With title 'Dug Out Skyscrapers', the band found a fitting name to their adventurous, futuristic tracks. More so than in previous albums, on Dug Out Skyscrapers harmonies and compelling groo

This week: BRZZVLL's release tour takes off with September Jazz!

It's finally here! This Saturday BRZZVLL will present its brand new album 'Waiho' during September Jazz in Bruges, the first concert of their long-expected release tour. The band is really looking forward to entertain you at this free open air music festival next to Laughing Bastards & The Moutin Factory Quintet. Next, BRZZVLL will tour through Belgium & The Netherlands to present 'Waiho' to you. With this new repertoire, the septet resolutely strikes the instrumental chord.

And the nominees are...

Premiere: 'Birds Fly Under This Heavy Sky' by ESINAM

And the nominees are...

Watch out: spam problem with our mailboxes

We had a blast in Edinburgh with our 4 bands!

Seeing each other at MENT, that's meant to be, right?